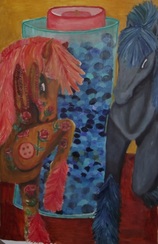 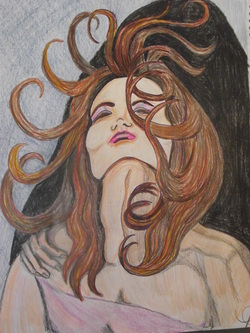 Pursuit (an excerpt)
She ran.  It gained on her.  Each corner she cut, each gully she jumped over didn’t help her to increase the distance.  She had always been an excellent distance runner; she knew her legs were moving as swiftly as possible her pace steady, unwavering.  Yet looking over her shoulder each time it was closer.  Relentless, untiring, it chased her. 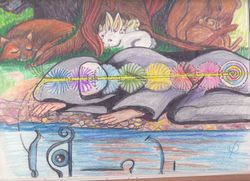 It was in the stillness that he found her.  Curled up under a large shrub, as he was looking for a ball he had lost in a game.  He blinked, unbelieving.  She started, also unbelieving that he, a human boy, could have perceived her.  What to do?  His hand reached for her and caught her, as she froze in fright.... Gage ran home with the pixie tightly in his grasp.
Heartwarming - a story of magic!  Be the change you want to see - a story of creating peace out of war and chaos. 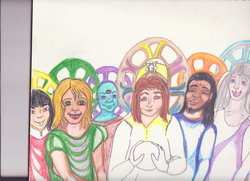 The convening of the Planetary Guidance was not done lightly.  The Guidance was made up of representatives from all planets with space travel capability, who were considered highly evolved enough to be contacted.  The Planetary Guidance dealt with matters concerning souvreignty of planets, inalienable rights, treaty matters, and any type of general or specific concern that went beyond one planet.  At present, they had several territorial disputes to resolve, one accusation of sentient trafficking, but primarily they had been convened to attend to a presentation on a matter brought forward by Rumin of Cygnus.

That matter concerned the future of Gaia and her inhabitants.

Science fiction is used as a forum to discuss matters which would be too difficult or too explosive to deal with in a regular setting.  So it is with this story, which is the introduction to a longer work.

At eighteen, Alison Jenkins was a petite red head with curly hair down to the small of her back.  She had a splash of freckles across her nose and a ready smile.    Being an outsider in her cohort bothered Alison occasionally.  In truth the situation was not new to her.  She had been an outsider from a very young age, not ever really fitting in with her own family.

A story of survival with dignity – courage and character.  It is an illustrated story.
This story is the first chapter from the not yet released novel Clepsydra.